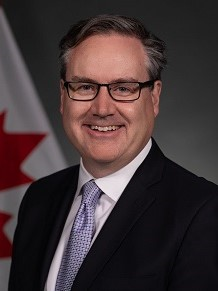 Ted was appointed Executive Vice-President of the Canada Border Services Agency on September 1, 2021. Prior to this appointment, he served as the Assistant Commissioner of the Compliance Programs Branch at the Canada Revenue Agency (CRA) from January 2016 to August 2021. He also previously served as the CRA’s Deputy Assistant Commissioner of the Compliance Programs Branch and of the Taxpayer Services and Debt Management Branch from August 2013 to March 2014.

Ted began his career with Customs and Excise in 1991 as a summer intern at the GST Interim Processing Centre. He then went on to hold a number of senior positions at the CRA.

Ted has a Bachelor of Arts degree in political science from Concordia University.